The harbour giraffes seen across Kings Beach just after sunset.

To tell the truth, they really look like they came straight off the silver screen from a Star Wars movie

Summer is the perfect time for walks on the beach

When was the last time you’ve walked to the bottom of Kings Beach and back?  Been a while or even never?  Do reward yourself with this stunning view up the beach looking at the beachfront skyline from the harbour wall.

It seems somewhere I’ve lost a whole week of posts.  No, not in lost, but in just so busy that I haven’t even been able to think about blogging. I need days to be extended by 3 or 4 hours so that I can have some extra time to just sit back, relax and, most importantly, switch off a bit.  My mind is going at 1000 miles an hour and is all over the show, very much like the wiggles in the sand at Kings Beach I snapped a photo of two weeks ago.  Flip, is it two weeks already?

On Saturday morning we went for a walk along Kings Beach to enjoy the beautiful weather we had over the weekend.  Miggie was feeling a little under the weather and not her normal bubbly self so strolled along by herself to the one side.  Of cause dad always has his camera…

Winter sunsets are the best 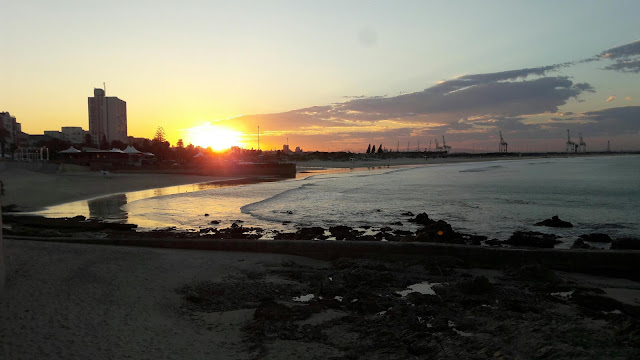 Yesterday afternoon I worked a little later than usual and as I left the office the sun was starting to head for the horizon.  I stopped across the road from Bayworld and grabbed my camera.  Those photos are still there… on my camera, but I did snap one with my phone as well.   We’ve been very fortunate to have a few stunning sunsets the last few days.

This is what Kings Beach looks like on a grey and dreary day.  Empty.  This week is going to be different though with the 2017 LSA Surf Nipper National Championships taking place at Kings Beach here in Port Elizabeth from tomorrow till Saturday. 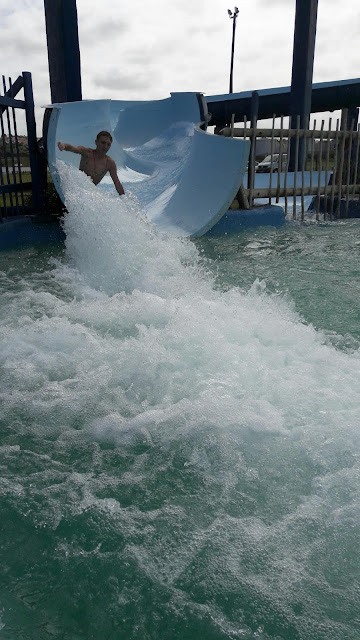 I love spending time at the Supertube at Kings Beach.  Once I get going I just can’t stop.  Yes, I slow down a bit after an hour or so but I’m like a tank.  I keep going long after the kids have stopped to look for something to eat or to warm up a bit under a towel.  Last weekend we spent a day at the Supertube with Miggie’s EP Indoor Cricket team as part of a team building day and believe me, I felt it for a couple of day after.  But who need a gym if you can Supertube?  Unfortunately I didn’t take my camera along but I did grab this pic of Chaosboy coming down the slide with my phone.