Last week while Miggie was playing cricket at Heatherbank Cricket Club / Youth Cricket Academy in Walmer, I strolled around the field to get some pics of her batting. Passing the nets I noticed foot prints in the cement and had a closer look.

They weren’t dog prints or cat prints or even those of some little kid. It looks like an Egyptian Goose decided to take a stroll through the cement while it was still wet.

Did you know that the Port Elizabeth Lawn Tennis Club in St Georges Park was founded on 1 September 1879, making it the oldest active tennis club in South Africa?  The club hosted the first South African Lawn Tennis Championship in 1891 and today the club is still situated on its original site.
On the 1st and 2nd of September 2018, Nelson Mandela Bay is playing host to the 70.3 Ironman World Championship here in Port Elizabeth. Check out this stunning host city video that has just been posted by Nelson Mandela Bay Tourism.  Not just is Port Elizabeth one of the best Ironman venues in the world, it also boasts fantastic scenery, history, culture, wildlife and food for visiting competitors and their families and supporters. 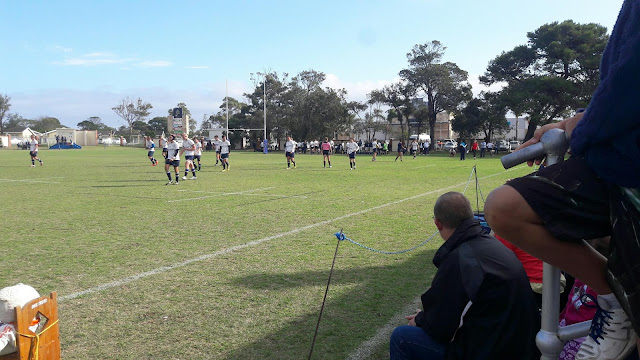 I used enjoy watching DF Malherbe, my alma mater, play rugby and netball on a Saturday. A few years after school I actually helped to coach the u14 team for a year or two but as time went on I got to go less and less as life got more and more busy.  Now Chaos Boy is at DF but he doesn’t play rugby so we probably only got to go once or twice last year.  This weekend was the first big home derby of the season against Volkskool from Graaff-Reinet and we went to hang out there a bit.  DF’s first team pulled off a two point victory in a nail biting game.  I’m sure going to try to go and watch more often this year.

Over the past week the South African Indoor Cricket junior championships took place in Port Elizabeth and Miggie was in the under 10 EP Elephants side taking part in the tournament.  It’s been close to 8 months of preparations and the team did not disappoint.  They came through the round robin rounds undefeated although they gave the coach, parents and supporters a few very stressful moments and took on Boland in the final.  After all the stress of close results during the week, the team put in a clinical performance and convincingly beat the Boland team to grab gold and be crowned the SA u10 champions.

To put a cherry on the cake for us, Miggie was selected to the SA Junior Girls team while three of the boys made the u10 SA team.  The team also has a non travelling reserve in the boys team and the other two girls in the team were also selected as non travelling reserves for the girls team.  We really are so proud of her for this fantastic achievement being included as a 12 year old in a junior team along with 14, 16 and 17 year old girls. 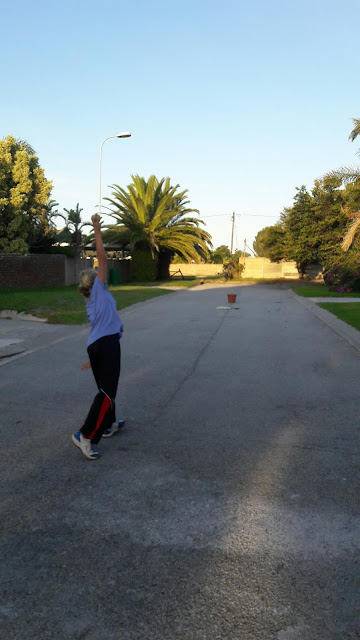 Life has been hectic and everything is coming in the way of blogging.  Or more importantly, taking photos for the blog.  I’m just not finding time to get out there with my camera and has been snapping pics with my phone to keep going.But like I said, life gets in the way.  Work, family, kids sport, trying to find time to just relax.  To tell the truth, I’ve even considered taking a break from blogging, but then one looses part of your audience and I have worked too long and hard to build it up.  The next few weeks aren’t going to be much different with Miggie playing at the Indoor Cricket SA junior champs here in PE next week before I head to Cape Town for the World Travel Market.  At the moment Miggie’s mind is just on cricket and she literally waits for me with bat and ball in hand to get home so we can go and practice in the street. 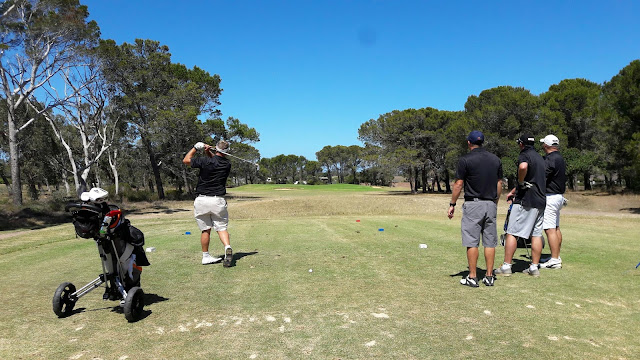 I’m not a golfer.  Not really by choice, more by the fact that I just don’t still have time for it as well.  I’d rather be out looking for Geocaches somewhere.  It’s not that I’ve never tried though.  I played the 9 hole Kragga Kamma course probably three times and twice at Sardinia Bay’s 9 holes but I don’t think anybody who knows how to plat would want to play a round with me.  Perhaps one day.  Last week I spent a little time with Stefan of Fish River Sun manning a sponsored tee box at a golf day at the Port Elizabeth Golf Club.  Yeh, perhaps one day. 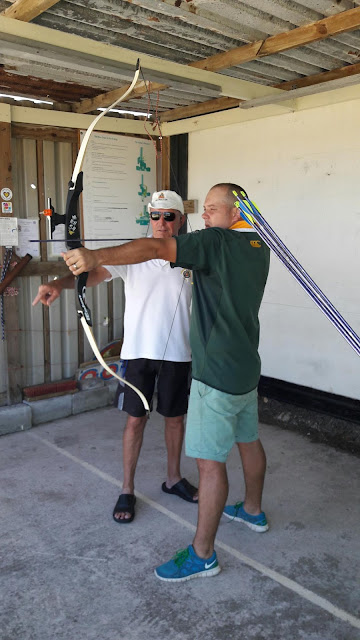 Robin Hood does it.  Legolas killed orcs doing it, Princess Merida did it in Brave, Hawkeye and Green Arrow are seen as superheroes for doing it,  Katniss Everdeen has been doing it and Rambo even took down a helicopter doing it.  Did you know there is an archery club at Londt Park?  Well, on the SAACI Amazing Race a few weeks ago we got to shoot arrows like all the characters above.  It’s not as easy as it seems though…

Having a budding young cricket player on our hands, it wasn’t difficult finding Miggie around the campsite at Mahai in the Drakensberg during December when we were looking for her.  Just find the nearest cricket game and she will be there.  Preferably one with adults playing as “they bowl better”, to quote her.

Today’s post is a more personal one.  Why? Because I can and I feel like bragging a bit.
When your daughter’s idols are Kagiso Rabada, Hashim Amla, AB de Villiers and Imran Tahir then you know she’s a cricket fan.  The difference from other girls who are just cricket fans though is that mine has a set of pads, gloves, a helmet and two bats (one for outdoor cricket and one for indoor cricket) lying around her room along with her girly stuff.  When her favorite shirt is her Lighting Legends Indoor Cricket team shirt then you know I have a cricketer on my hands.
Miggie has been playing cricket since grade one and at 11 (nearly 12) she’s mixing it up with the boys in the Newton Park Primary School’s under 13 team.  She’s also started playing for DF Malherbe High School’s Girls Cricket First team (under 19) along with playing in the Indoor Cricket junior league.  In the photo she’s bowling in the game between DF Malherbe and Linkside High School this week where she took 2 for 8 in her 4 overs, taking her tally to 5 wickets in three games.  To say I’m a proud dad is an understatement.