Isn’t it amazing that we live in a city with so much rural to it as well? 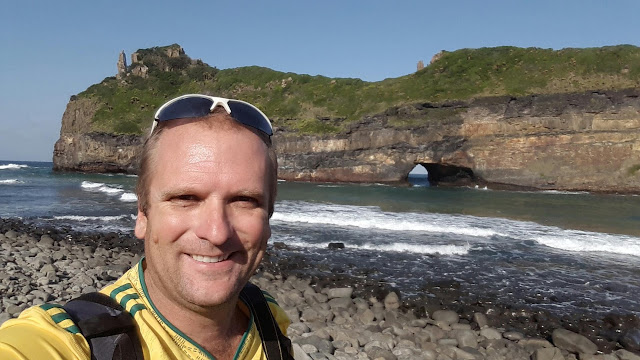 Regular follower of PE Daily Photo may have noticed (or at least I hope you noticed) that I have been MIA for two days.  I had to “pop” up to Coffee Bay for the quarterly Wild Coast Holiday Association meeting and struggled with my internet connection while there so couldn’t post.  I’ll catch up on all the missed day soon, but for now here is the proof that I got to visit Hole in the Wall for the first time.  Wow, what a beautiful spot.  Keep an eye on Firefly the Travel Guy for a couple more photos soon.
The Tsitsikamma truly is a special place.  This breathtaking stretch of the Garden Route is where mountains, indigenous forests, deep gorges and lush vegetation skirt the rugged coastline of cliffs and sandy beaches. The area has an abundance of indigenous flora – ancient yellowwood trees and magnificent fynbos plants – as well as birdlife.  For the adventurous there are various activities catering for everybody from heart stopping adrenaline filled adventure to relaxed soft adventures.  Hope you enjoy this destination video of the Tsitsikamma Tourism Association.

One of the cascading waterfalls you can see at the end of the InniKloof Waterfall Hike near Hankey.
Read more about our outing on the hike to the waterfall at InniKloof.

A couple of weeks ago I got to finally go on the Waterfall Hike at InniKloof outside Hankey.  Something we’ve been wanting to do for quite a while now.  It was a day of beautiful views, huffing and puffing over a mountain, nearly loosing a child in the wilderness and finally taking a swim in a refreshing mountain pool under the waterfall in stunning surroundings.  You can read more about our adventure in the post Up(s) and down(s) and into the water at the InniKloof Waterfall hike on Firefly the Travel Guy.

Two weekends ago we got to do the waterfall hike at Innikloof outside Hankey and I was amazed that even though we are in a severe drought situation, the river and waterfall still had a decent flow to it.
With summer in full swing, the Wild Coast Holiday Association has just launched a destination promotion video promoting the Wild Coast as a winter destination for the upcoming winter season.  I’m sure a lot of the Wild Coast locals would ask you what winter is as they have stunning weather over this period and it’s a great time to head east from Port Elizabeth to go and explore the Wild Coast.

Expedition Africa is the South African leg of the Adventure Racing World Series.  A race normally covers a distance of about 500 km during which teams of four (usually three men and a woman) cover the distance by running, cycling, paddling, swimming, climbing and doing rope work.  The teams have to plot the easiest way from check point to check point and the top teams barely stop to sleep over the five days it takes them to cover the distance.  The back makers complete it in about ten days which shows that this isn’t something for just everybody.  This year’s Expedition Africa took place on the Garden Route between Knysna and Plettenberg Bay and the Kouga and Baviaans region was selected to host the event in 2017.  The home base will be at Cape St Francis Resort with the course, which stays a secret until the actual start of the race, covering the surrounding area and into the Baviaanskloof.  The promotional video for the race have just been released and I decided to share it with you today for Video Friday. 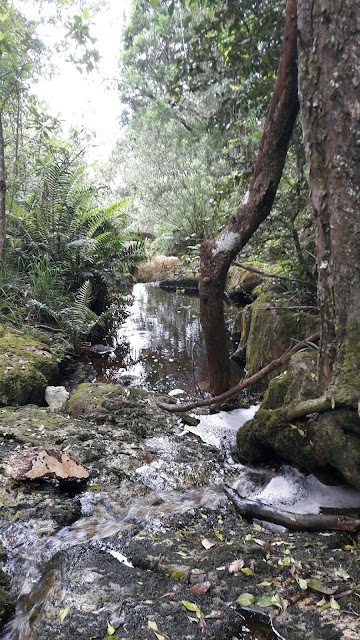 I was in the Tsitsikamma for a meeting today and pinched off a few minutes to go and sit in the forest next to a stream to plug in my soul for a quick charge.  It needs a lot more than just a quick charge but it will have to do for now.  I have a weekend to Hogsback coming up and an end of year trip to the Northern Drakensberg so there are lots of streams waiting for me in my near future.

The flowering Coral Aloes in the Karoo just north of Olifantskop was stunning again this year.  We really don’t have to go very far from Port Elizabeth to see nature in all it’s splendor.