A couple of weeks ago a number of containers full of export oranges fell of a ship in Algoa Bay during a storm and those oranges have now made their way to the beach, washing up along the Wild Side, Schoenmakerskop, Sardinia Bay and, in this case, landing up in a rock pool at Beachview. Unfortunately the time these fruit spent in the ocean means that they aren’t good for human consumption anymore and people are discouraged from picking them up to eat.

Standing at the rock below Something Good (the one with the hole through which the waves crash) and looking back towards Hobie Beach, Bird Rock is quite a prominent landmark in front of you.  This photo was taken on a rough day with waves smashing over Bird Rock on the right.

A couple of weeks ago the sea was slightly angry one morning and as I was driving down Marine Drive I noticed that the waves out Pollok Beach way looking quite impressive.  Grabbed my camera and headed over to Lovers’ Lane, snapping the waves smashing right over Bird Rock.

We all know Schoenies rocks!  It also has rocks…

The view of the coastline from the World War II Forward Observation Post at Schoenmakerskop.  This historic building is now under threat due to a company wanting to mine the sand of the dune on which the FOP is located saying that it “isn’t a natural dune”.  What a load of hogwash!

The beacon out at Cape Recife is one of two beacons that were used for shipping purposes before the invention of modern navigation technology.  The second beacon is the lollipop beacon on Marine Drive where Admiralty Road and Marine Drive comes together.  Ships sailing along the coast from the west had to line up the two beacons before they could turn into Algoa Bay.  This ensured that they were well clear of Thunderbolt Reef at the point as well as the reefs inside the bay itself. 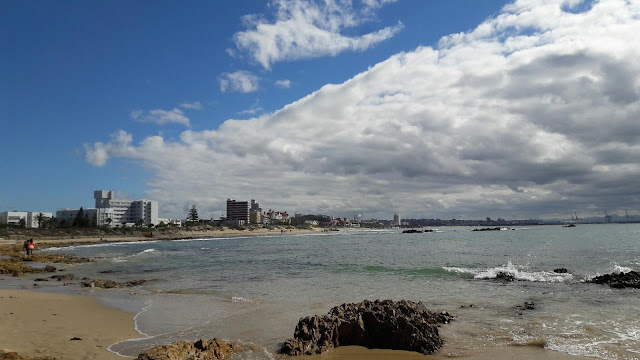 Last weekend while on the beach I noticed this line of clouds moving over Port Elizabeth.  If I didn’t know better I would have thought it was a cold front coming in, but these clouds were moving away and this was the back of it.  Was rather striking…
This week’s Video Friday post is another of Renaldo Gouws‘ aerial drone videos, this time of what is probably Port Elizabeth’s most special beach.  Sardinia Bay. Enough said. 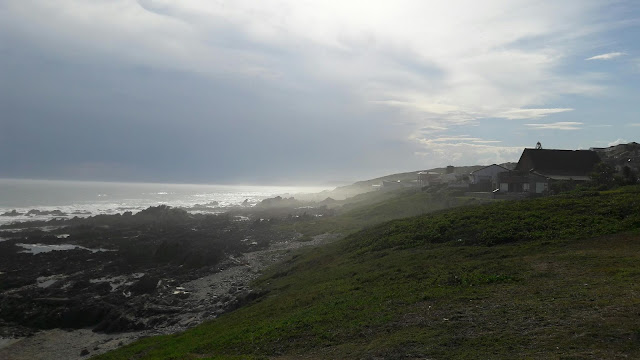